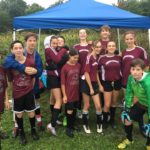 On Monday the Co-ed JV soccer team tied Four Rivers Charter Public School 2-2 in an exciting final game of the season.  Trailing 2-0 in the first half, the Aardvarks scored the last two goals of the game on shots by Atticus R and Charlie P.  Anders G-B made seven saves in goal and both Sam B and Ruby C played with great intensity.  The team ended the season with an impressive 4-1-1 record.

The Academy boys soccer team finished the season ranked fourth out of ten teams in the league. On Tuesday, they lost their RVAL quarterfinal game to Hartsbrook 4-2 behind goals from Raymond M and Nico V. Tucker ZA and Bennet B had strong games, while Alex T played tough in goal with five great saves.

On Tuesday, the Girls’ Varsity Soccer team played against Putney in an intense  RVAL quarterfinal battle. After being down 4-0 at half, the girls, the girls took the field in the second half with a hunger to win and played their hearts out. This attitude and desire resulted in four consecutive goals by Chessie RC, Ruby C and two by Calla J. Elaina GB was instrumental in several of the goals with outstanding assists and her ability to bring the ball up the field and cross the ball to the front of the goal. Izzy B also had outstanding assists and offensive plays. A special thank you to Lila G for stepping up to play keeper in her first day ever playing as goalie, and she had some truly incredible saves. In the end, Putney came out with a 6-4 win, but Charlemont left everything on the field. It was a great season for the Girls’ Varsity Soccer team! 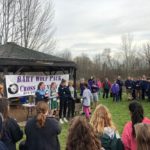 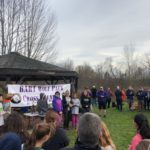 All athletes will celebrate the end of the season at our Fall Awards assembly next week.