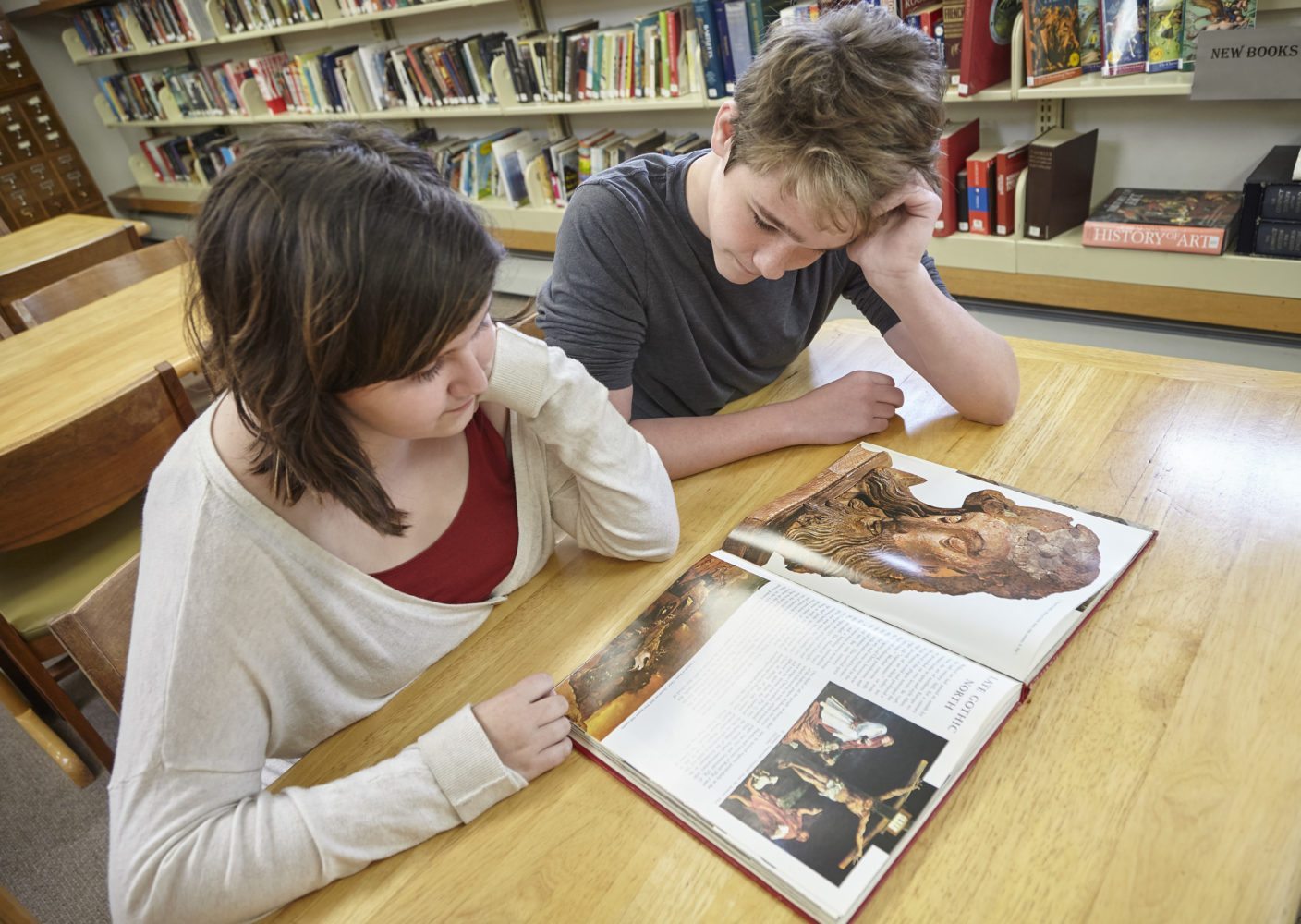 The Academy’s story begins on November 6, 1980, in a living room in Charlemont, where five teachers and one Mohawk Trail Regional School Committee member decided to open an independent day school for grades nine through twelve. Proposition 2 1/2 had just passed in a referendum, and there was a pervasive sense of gloom concerning the future of education in the Commonwealth.

The founders—Eric Grinnell, Dianne Grinnell, David McKay, Patricia McKay, Maggie Carlson and Lucille Joy—realized that the tax cap legislation created an audience with a real need, and that the passage of Proposition 2 1/2 provided a propitious moment to take a calculated risk. The teachers resigned tenured positions, and set forth the threefold goals to guide the new school, which opened in September 1981.

Those goals, which appeared on page one of The Academy’s first catalogue, stated that the school sought:

The educational philosophy of The Academy has remained constant during the past three decades. Although changing events and circumstances shape these ends, we continue to chart our course according the principles articulated in 1981. The course of study in grades 9-12 is traditional and classical. Students are required to complete a major independent project during the senior year, to perform community service, and to help govern the school by adhering to the Honor Code and participating in school meetings.

Unlike The Academy’s educational philosophy, the school’s physical plant has changed dramatically in the course of its history. Initially, the school rented from the town the old Charlemont High School building in the center of town. Then, in May, 1988, the school was offered an excellent property, three miles east of Charlemont center – that included an unfinished wing which had formerly housed a Christian school. The board voted to purchase the property and acquired it with the assistance of a charitable trust; in the next thirteen months a physical plant was designed, funding obtained, and a new home built. The Academy moved out of the old building in June, 1989, and opened in its new quarters on September 6, 1989.

Ten years later the school expanded again by purchasing the property on our eastern boundary. A dedicated capital campaign raised the funds to build an additional athletics field and create an arts and athletics center. The new building, named Grinnell Hall in honor of two of the school’s founders, opened in 2000. The last of the founders, Eric and Dianne Grinnell, retired from the school in 2002, but The Academy retains and values the entrepreneurial spirit of its early days.

In 2007, The Academy purchased thirty-five acres of land nearly adjacent to our campus from the Hicks family, who had farmed it for three generations. The acquisition of this beautiful farmland was an important strategic move for The Academy, ensuring that the school will have adequate land available to build the playing fields and buildings needed to support its academic and athletics programs for the next hundred years. Accepting stewardship of this land ensures that it will be developed in a thoughtful way—one that enhances our existing campus, is respectful of the land’s agricultural past, is ecologically responsible, and maintains open space for the community to enjoy. We are grateful for this opportunity to pursue such a high-profile local project in collaboration with the Franklin Land Trust (FLT), our partner in preserving the scenic and ecological integrity of these valuable open spaces.

Where do Academy graduates go?