Upper school Ultimate teams had a tough week. Varsity gave up a 14-11 lead in a 14-15 point loss to BART on Monday. Sam Z-A Corinne L, Nellie B-O, Tucker Z-A, Amun P, Lilah F, and others had great defensive plays, and more than half of the team scored or threw an assist. It was a very spirited game that slipped away at the end. On Tuesday, the team lost 15-2 to Dublin. Meanwhile, JV Ultimate lost 15-4 to Eaglebrook on Tuesday.

Academy kayakers had a great full day of paddling on Thursday. Several students ran the Zoar Gap, and everyone enjoyed putting their paddling skills to the test on a longer day in the rapids. Congratulations to our kayakers on a great spring! 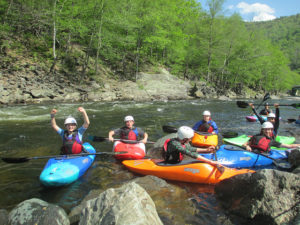