The 2014-2015 academic year brought a wonderful influx of alumni to campus.  These visits have included a large number of drop-in visits by recent graduates, guest presentations in classes, and even long-term teaching stints in the humanities and in Studio Blocks.  We also enjoyed Skype and in person participation in our Honor Code Anniversary celebration by alums.

The photographs below document some of these contributions. 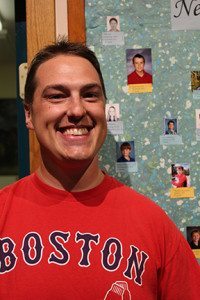 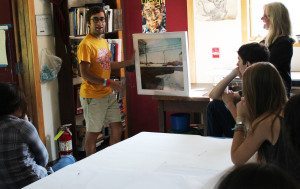 Will Melnick ’10 shows Kerlin Conyngham’s Photo II class a  book of his images produced during his college years. 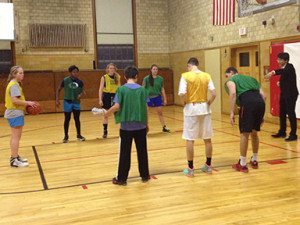 Regan Sun ’14, serving as a referee during basketball practice. 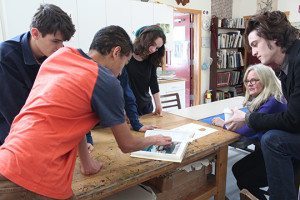 Max Kitchell ’12 talks with Kerlin Conyngham’s Foundations in Art class about his experiences thus far at the Pratt Institute. 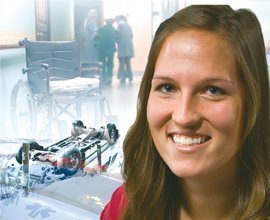 Mary May Pratt ’06 spent a lunch period with Academy students in the early spring, discussing her post-Academy path, which has now landed her at Cooley Dickinson Hospital after working at West County Physicians. Photograph property of Ithaca College. 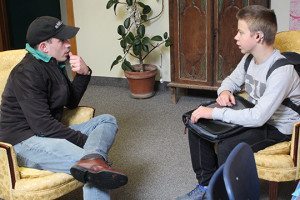 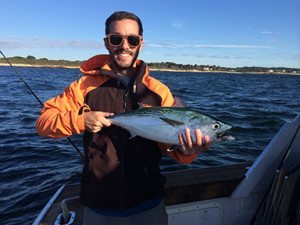 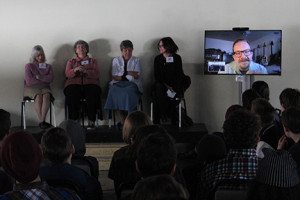 Academy teaching veteran Jane Grant, founders Lucille Joy and Dianne Grinnell, and alums Emily Todd ’85 and David Rees ’86 shared stories of the writing of the Honor Code in recognition of its 30th anniversary. 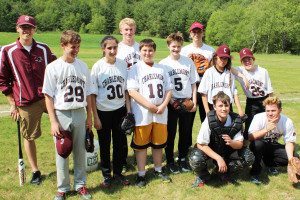 Alex Bigelow ’14 and the 2015 baseball team, one of many Academy groups he shepherded during his gap year. 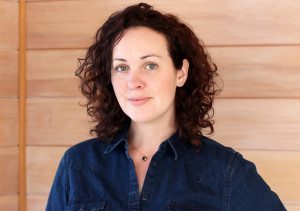 Cassie Nylen Gray ’93 had lunch with current students to share her experiences since graduating from The Academy, including her rise to success in the jewelry making field. 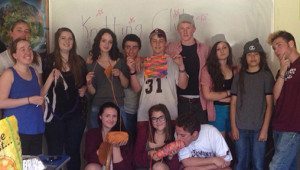