The JV Ultimate team lost a close game to PVCICS 7-6 on Tuesday and fell to Buxton 12-4 on Wednesday despite playing one of the stronger games of the season. Sylvie M, Elaina G-B, Kathleen S, Raymond M, Claire G, Calla J, Tor O, Lila G, and Julen P all contributed to the scoring this week, and the team showed an all-around great effort in both games.

Our varsity Ultimate team came back from an early 4-0 deficit to play Hartsbrook fairly evenly for the rest of the game before “ultimately” losing 10-4.  Nat B-O scored two times and made several great plays on defense. Hendrick P and Liam F contributed a goal apiece and Izzy B had a strong all-around game. Hartsbrook showed a lot of patience on offense, completing 33 straight passes during one long possession.

The middle school team lost to Hartsbrook 15-0 on Tuesday. The team worked on its zone defense and, despite the score, demonstrated significant growth from its first encounter with Hartsbrook’s strong team.

After a stimulating 45-minute bus ride discussion about how they would survive if they were the last human beings on Earth, the middle school Ultimate team carried that energy into their game against the Hilltown Cooperative Charter Public School, winning 15-2. Eleven different players scored goals in the victory, led by Anna P-C, who had three, and Juliet C, with two. Ruby C added four assists to her two goals, and Nick F had three assists and a score in the victory against a nice group of opponents. 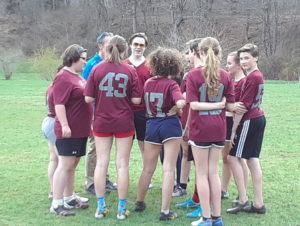 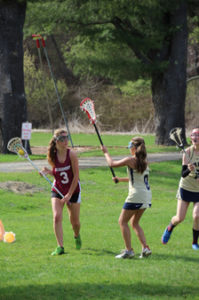 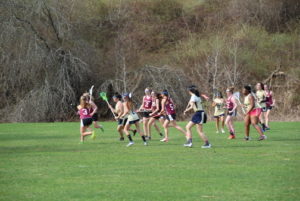