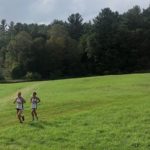 Girls Varsity soccer persevered through very wet weather conditions this week to play two competitive games against Putney and Four Rivers. Both resulted in 5-0 losses, but the team showed wonderful growth. 7th graders Tayanna L and Emmy P-C stepped up to play with the team, and all the girls put in tremendous effort and spirit in some terrible weather. Calla J, Ruby C, and Izzy B led the offensive attack, while Gwen H did a nice job in goal. 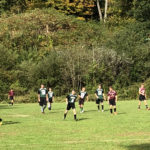 The Boys varsity defeated White Oak 7-3 on Thursday behind 4 goals from Harper W-W and 3 from Raymond M. Ishan S (2), Nat B-O, Harper, and Nick F all contributed assists, while the team as a whole displayed excellent passing. Nick C had a strong game on defense, and Nick H recorded a shot on goal as well.

Kayakers spent all day Thursday on the river, using the skills they’ve honed so far this season. 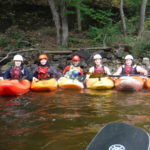