The girls JV Soccer team had an action-packed week. On Tuesday, they celebrated an amazing shutout win against Greenfield Center School. The final score was 8-0 with goals from Ruby Chase (2), Saraphina Forman (2), Corinne Laird (2), and Esme Marini-Rapoport (1, her first!). The final goal was scored by one of GCS’s defenders. A majority of the team had several shot attempts and played incredibly well, especially in the new positions that many were asked to play. On Wednesday, they played Greenfield Middle School and earned a second win.  Goals from Saraphina, Bella Greenbacher (her first!), and Corinne led the team to a 3-0 victory. Celeste DiLeo played well both offensively and defensively, saving the team multiple times. On Thursday, the girls JV played Hopkins Academy. Though they lost 5-0, the score did not reflect the effort and optimism exhibited by the team throughout the entire game. They were helped out by several varsity players, including Lila Goleman, who played goalie for her first game ever and made 4 saves in total.
The entire JV squad also helped out the the girls Varsity Soccer team on Monday in their 3-0 loss to Putney. Lilah Feitner had an impressive 31 saves in goal!
The boys JV Soccer team had two games this week. They tied Four Rivers on Tuesday, 1-1. Ben Brause-Breslow had a strong game in goal with over ten saves. Raymond Mossman scored on an assist by Will Draxler, while Nick Forbes, Zander Frangie, Evan Comeaux and also had strong performances. On Thursday, the team lost to Greenfield Middle School 6-1. Raymond scored the team’s lone goal and Noah Friedman-Kassis also had some great attacks. Alec Draxler had a strong game at striker, while Sam Rancourt and Tor Olsson played well on defense.
The boys Varsity Soccer team also played two games this week. They lost at Putney on Monday, 5-4. After being down 5-0 at the half, Charlemont battled back to nearly even the score. The Aardvarks were led by Aiden Brenizer (3 goals, 1 assist)  and Nat Boyd-Owens (1 goal) while Tucker Boyd, Jaromil Topolski,and Winston Posner all made great contributions. Tucker Zakon-Anderson played a great game in goal with 24 saves. The boys defeated the Paulo Freire Social Justice Charter School 3-2 at home on Wednesday. Aiden Brenizer, Ben Schocket-Greene, and Tucker Zakon-Anderson scored while Schocket-Greene also had an assist. Sam Fisher played a great first game in goal. 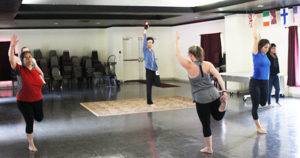