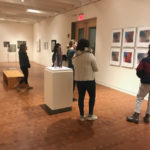 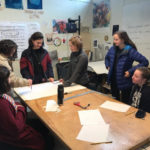 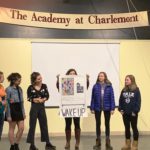 “The History of Art & Activism in America” asked students to consider the importance of art as a form of protest and how it serves as a conduit of change. Led by Dr. Fagan and Mrs. BZ, the group surveyed the history of visual protest in America from colonial engravings calling for independence to contemporary works raising awareness of the Black Lives Matter movement and reproductive rights. A visit to the Smith College Museum of Art provided some contemporary examples such as prints by Nell Painter focused on the contemporary experience of racism, and photographs by Lauren Greenfield exploring “girl culture.” The group’s final project was to create a prototype for a larger art piece that compelled its audience to “Wake Up” critiquing passivity and mistaking awareness for change. When creating their work, the students thought carefully about the relationship between text and image, using contrast, a limited color palette, and drawing attention to a short but powerful slogan. 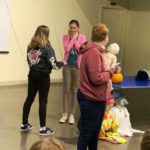 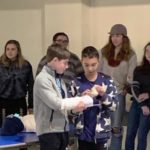 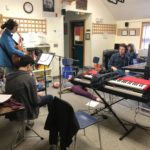 Audio Recording
Students in the audio workshop reproduced a recording of A Day in The Life, by The Beatles. This song, off the Sgt. Pepper’s album, is considered one of the great early examples of the recording studio being used as a creative songwriting tool and more than just the means to document a piece of music or performance. The group spent the first few hours learning the material and discussing ways to approach the recording process and arrangement. Later, they began by tracking maracas, bass, and “guide” vocals for the entire song. On the second day they added more elements of the rhythm section, drums, piano, and guitar. The two violin players were multi-tracked several times to create a bigger orchestral sound and finally, they finished up with vocals and vocal overdubs. Music Director Scott Hoffman, who led the session, is proud of the group’s focused work and impressed with the output, as were all those in attendance at their presentation.
Listen here!

Mythology and Theater
Led by Mr. Gay and Mr. Young, this group spent their time immersed in Greek tragedy. Students learned about the physical theater and the structure of tragedy, wrote a scene that incorporated elements they had discussed (they chose to use Sleeping Beauty as their source material), blocked their scene, costumed themselves, and painted tragic masks. Their culminating performance for the community was well-received and their hard work was evident to all. 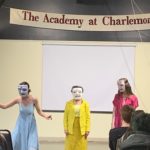 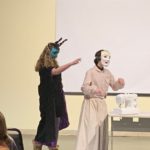 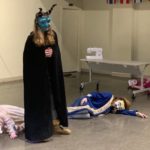 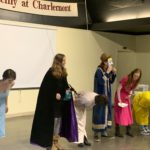 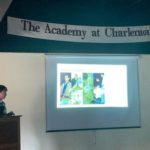 Museumtopia
Academy students spent two days with Mr. Green and Mr. Almeida visiting the Norman Rockwell Museum  in Stockbridge, MA and the New Britain (CT) Museum to immerse themselves in American history and the many ways it’s been reflected, challenged, and shaped by the world of art. Professional docents provided additional insight to some truly important pieces.

They brought these influences back with them to school, and presented their reflections to fellow members of the community. 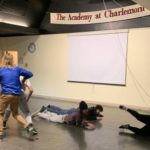 Fight Choreography
Drama Director Ms. Overtree and guest instructor Chris Rose worked with interested students to teach them the fine art of fight choreography – how to punch, kick, hit, and fall with style, all while NOT causing harm or getting injured. They demonstrated what they learned in a “Black Friday” skit, to the amazement and appreciation of the audience.

Fermentation
What do kimchi, kombucha, bread, and pickles have in common? Led by Ms. Falco, Mr. Miller, and Mme Mauri, students explored the power of bacteria to transform ordinary ingredients through the fabulous process of fermentation! They visited Artisan Beverage Cooperative and Real Pickles in Greenfield, worked with Sam Coates-Finke from Backyard Bread, made their own kombucha, kimchi, and sourdough bread. We were all grateful to them for sharing their culinary products, and helping us all understand better the science of fermentation. 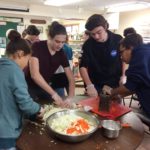 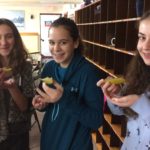 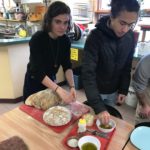 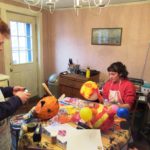 Hispanic Cultural Traditions
Although thwarted in their attempt to have an authentic shopping experience where they could use their language skills, this session’s participants persevered and found hominy and other ingredients after an extensive search elsewhere. They cooked non-stop for two days to make tamales, posole (Solly dubs it “Posolly”), and the controversial menudo (made with tripe, or cow stomach), and to fabricate and decorate three piñatas. While several sauces and dishes were simmering, they watched two films, a parody of Mexican soap operas with a meaningful social commentary (in which Will Ferrell speaks only Spanish), and a Spanish dark comedy. They spoke mainly “en español” and were gracious in sharing the food they prepared (as well as the piñatas) with the whole school community.
Board Game Development
It has been said that in every person there is a board game waiting to be created. In Mr. Miller’s board game development session, this notion was put to the test with amazing results! Six new games emerged from the workshop, with themes ranging from city development to knight combat to exploration on the high seas. Students brainstormed themes, drafted rules, created components, and play-tested everything over and over. Finally, they set up their games for all to play, observe, and enjoy. Who knew board game design could be so much work – and so much fun at the same time? 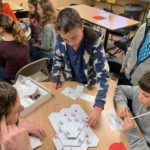 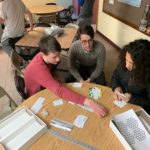 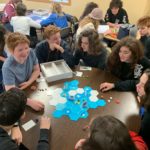