The Spanish 4 class said adiós to our study of literature and film from Galicia, Spain by preparing “Pulpo a la gallega” (Octopus Galician style). Three valiant students washed, then “frightened” the octopus, according to the traditional recipe (the sea creature was already dead). All but the vegetarian students cut off the legs then savored them with olive oil and paprika! 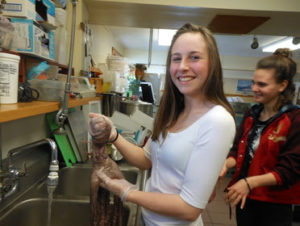 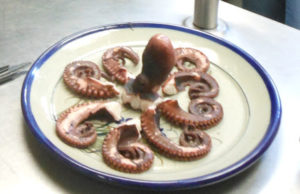 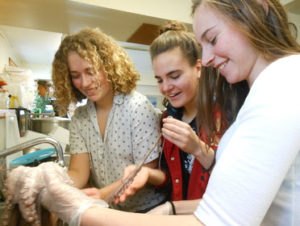