The eighth graders set off to explore Eastern Mass in connection with their studies in literature and civics. We started off with a personal Q&A with Senator Hinds and followed it with a visit to the Edward Kennedy Institute where students, playing roles as US senators, walked legislation through from inception to becoming a law. The next day we spent the morning at Plimouth Colony learning about the lives of early colonists as well as that of indigenous peoples. Later that day, we walked part of the way from Lexington to Concord, following the Battle Path which began the Revolutionary War. On our last day we traveled to Salem, the location at the center of their reading of Arthur Miller’s The Crucible. The Salem Witch museum is devoted to understanding the frenzy behind the trials and celebrating the innocence and truth of its victims. 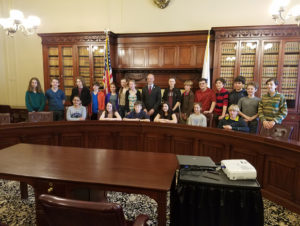 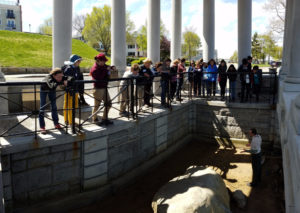