The boys’ basketball team defeated Four Rivers 34-11 on Monday. Nat BO led the way with 14 points. Julen P (8), Tucker ZA (6) Charlie P(4), and Hendrik (2) also scored to help the boys pick-up their first victory. The boys took that momentum into their Thursday game against White Oak where they kept the game even after a quarter but ended up losing in the end.

The girls’ team fought hard in Thursday’s loss against Eagle Hill. Eliza B had a great game that included 8 points and 9 rebounds, while her fellow 9th graders Elaina GB (6 pts), Sylvie M, and Cristy K led the way on defense. 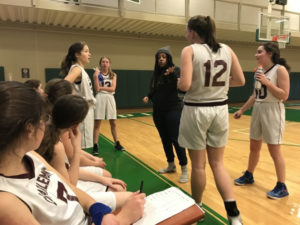 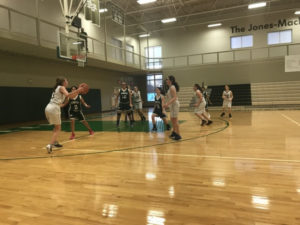